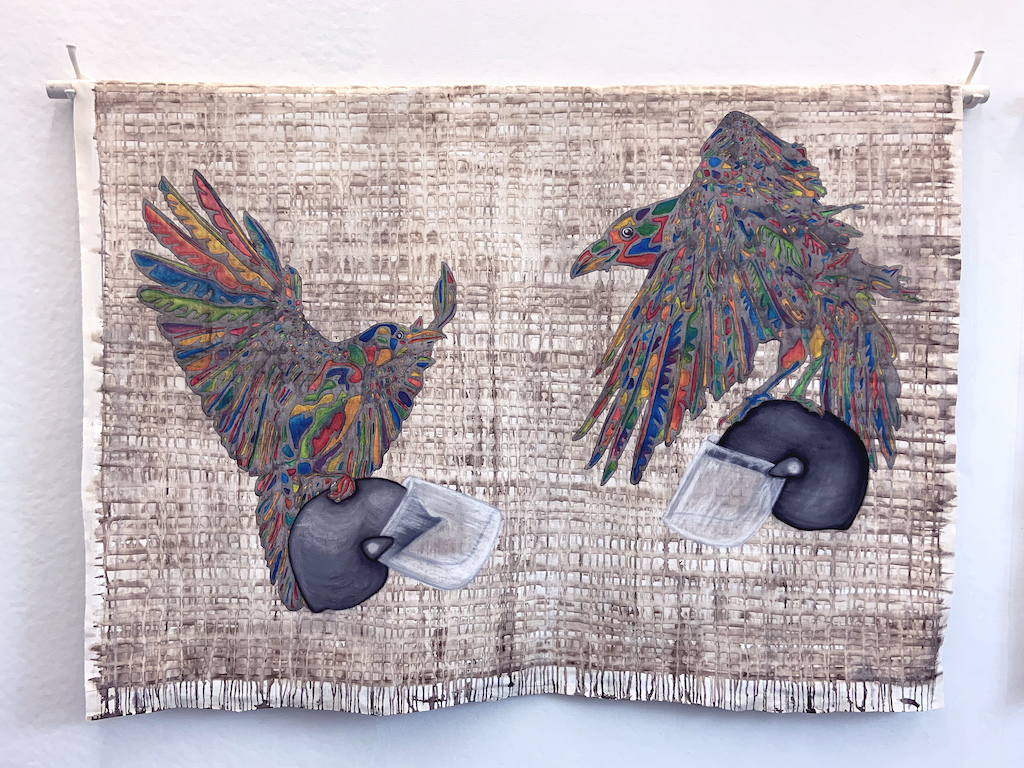 Inspired by the parallels between the systems of injustice used by both corporations and the state, this piece was created with Florence Reece in mind. In 1931, after witnessing yet another violent attack on her family from the hired gun thugs of the J. H. Blair coal company, Florence Reece tore a calendar page off her wall and wrote the song Which Side Are You On? to the melody of an old hymn. In the song she sings “Which side are you on?/ They say in Harlan County/ There are no neutrals there/ You’ll either be a union man/ Or a thug for J. H. Blair/ Which Side Are You On” These lines, crafted in tragedy during what would latter be called the Mine War Years, remain urgently relevant today. In a time where we are witnessing the reemergence of white supremacy on the public stage and an administration that stands in support both in words and actions, it begs the question of what side are we on?